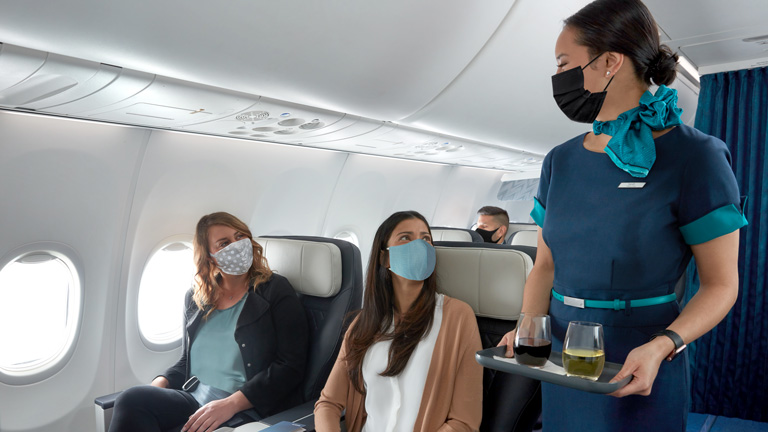 CALGARY, AB, July 26, 2021 /CNW/ - WestJet today announced the evolution of its long-standing codeshare relationship with KLM Royal Dutch Airlines through the placement of its "WS" codeshare on KLM-operated flights.  Through the expanded codeshare agreement, guests will now have convenient access via Amsterdam's Schiphol Airport (AMS) to 18 cities across Austria, Belgium, France, Germany, Italy, Portugal, Spain and the United Kingdom.

The enhanced partnership builds on the airline's new non-stop 787 Dreamliner service between Amsterdam and Calgary and provides greater access between Canada and European points for travellers on both sides of the Atlantic.

"Through this expanded codeshare relationship with KLM our guests will benefit from new opportunities to travel between Europe and Canada," said John Weatherill, WestJet Chief Commercial Officer. "Our Dreamliner service to Amsterdam combined with convenient connections on a world-class partner like KLM is an exciting step as we work to support the safe restart of international travel."

WestJet's inaugural service between Amsterdam Schiphol Airport (AMS) and Calgary International Airport (YYC) is set to depart on August 5, 2021. The airline's new service will operate two-times weekly beginning August 5, 2021 and will increase to three-times weekly as of September 9.  All AMS flights will be on WestJet's 787 Dreamliner, featuring WestJet's Business Cabin including lie-flat pods, dining on demand and WestJet's award-winning caring service.

"This is an exciting development for inbound travel and tourism to Alberta from key European markets via Amsterdam," said David Goldstein, CEO, Travel Alberta. "Rebuilding these targeted international air links is critical to the province's economic recovery. We look forward to working with WestJet to re-establish Alberta's competitiveness as a business and leisure destination emerging from the pandemic."

Details of WestJet's service between Calgary and Amsterdam:

Details of WestJet's codeshare with KLM via AMS:

Since the start of the pandemic the WestJet Group of Companies has built a layered framework of safety measures to ensure Canadians can continue to travel safely and responsibly through the airline's Safety Above All hygiene program. During this time, WestJet has maintained its status