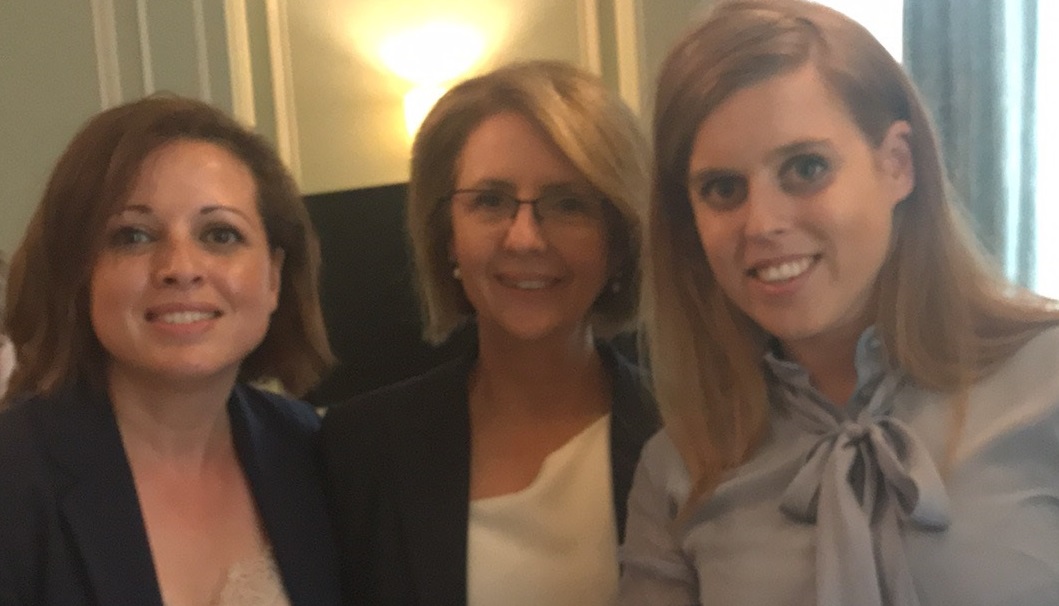 The heritage and traditions of the British royal family aren’t something you normally associate with the rapidly changing technology sector.

But OTT founder Julia Feuell met a royal with a passion for the industry at a reunion of the Founders Programme, which is part of the Mayor of London’s International Business Growth Programme

Princess Beatrice was the surprise special guest at the lunch for 20 female tech entrepreneurs which was supported by KPMG. Beatrice is Vice President of Partnerships and Strategy for New York-based Afiniti, an AI platform which identifies subtle patterns of human interaction to measurably increase enterprise profitability. Beatrice is responsible for the management of the company’s strategic partnerships as well as company growth through initiatives and client development.

The Princess is also an ambassador of ‘Be Cool Be Nice’ - a campaign to promote cyber welfare for young people. The campaign is raising awareness around cyber bullying and promoting mindfulness for young people. She is also trustee and founder of The Big Change Charitable Trust, which identifies and supports charitable projects throughout the UK that improve the lives of young people.

Speaking about her surprise lunch with royalty, Julia said: “She was Interested in what we had to say and the changes at the forefront of tech and the possibilities it can offer. She has a real interest in how technology is evolving, moving forward and where it is heading.

“When asked which women inspired her she said ‘my grandmother’. Of course, her grandmother is who we would refer to as Her Majesty The Queen!”