Take a focused approach to learning for in-depth destination knowledge 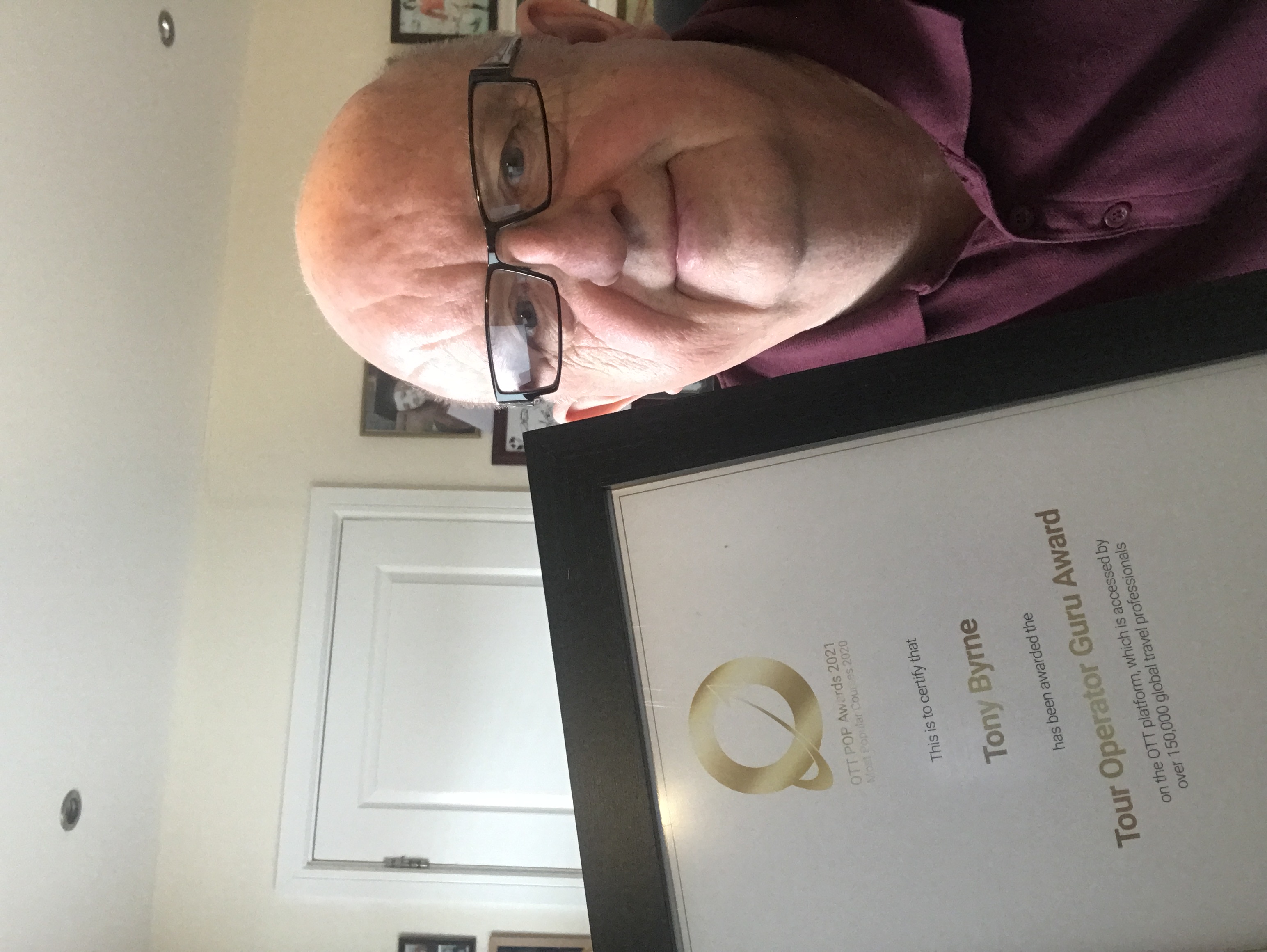 OTT’s POP Awards crowned the destinations, airlines, cruise lines, accommodation and visitor attractions which had attracted the most agents course passes as well as the industry’s marketing maestros.

Over the next couple of weeks, we’ll be speaking to some of our Gurus and finding out more on how they use OTT to expand their knowledge.

This week, we catch up with our Tour Operator Guru, Tony Byrne of Typically Holidays…

What does your company specialise in?

“Typically Holidays has been in operation for 37 years, but we are probably better known as Typically Italian and Typically Spain, the two main brands. Last June, we introduced Typically European city breaks as well.

“We're 100 per cent trade only, so we don't sell direct. We don't deal with the multiples but we deal with everybody else.”

When did you first start using OTT?

“I started using OTT many years ago when I was at Great Rail Journeys. I had been working with the introduction of the new European city programme and I needed to get a lot of knowledge very quickly on a lot of destinations so the first port of call was OTT.”

“I found that I could get a lot of information on the destinations we wanted to feature – during the summer I think I did about 25 different courses. I picked up a lot of knowledge very, very quickly, I was absolutely over the moon about it and we incorporated that into our programme.”

“A lot of the destination product that I looked at, we introduced as a new destination which was a win-win situation. OTT let me do what I wanted to do, but from the destination’s points of view, they also got new product put out into the marketplace from the OTT site.”

How many courses have you taken?

“At this moment, I’m up to about 30. I use it for destination specific knowledge such as getting more information on hop-on, hop-off bus tours. I won’t do every course, but the ones I do were very beneficial to what we were trying to put together. It’s a very focused approach to how we use OTT.”

“For example, I completed the Austrian Cities course, which, quite rightly, won an award because it’s a fantastic course. I picked up further knowledge about Austria, we took the knowledge and then incorporated that into one or two of the offers that we were bringing out.

How does OTT help your professional development?

“I've got to say personally, especially during the lockdown, it has given me focus. Every couple of weeks, I was doing OTT courses that were beneficial to the business - and really enjoying them! I can't believe the amount of excitement you get from printing your pass certificate, after being in travel for 45 years, that was quite novel.”

"From a business perspective, what it brought to my attention was that I needed more training. So, literally, on the back of what I’d done with OTT, I've actually taken up another course with Train2Travel. I'm doing an apprenticeship on social media, a Junior Content Producer course that was available but that was really driven by the fact that I was enjoying picking up new knowledge with OTT and I decided I needed to develop more. So, this last 12 months has really been about putting things into place for both my personal life and my business life.”

How do you fit OTT’s courses into your working life?

“During my last 12 months in travel, the two big highlights for me were the training I've done with OTT and winning the Tour Operator Guru Award, which I was really made up about. The apprenticeship will be ongoing for another 12 months, but also, personally, I suddenly started finding that I was getting more inspiration to do other things for myself - I started doing yoga.”

“I've been on the road for 35 years, so my life was always run by a diary. Because I was furloughed, I created my own diary of the things I had to do on a weekly basis, so you would see OTT training session, Train2Travel course, access or yoga class.”

“I see the emails that come through with a new course coming up and I think, is it relevant to me? Do I need it? Last week there was an Estonia course, so I did it. We’re an Association of Independent Tour Operators (AITO) member and they have courses as well. Two, if not three times a week I've been doing some sort of training, which has been great motivation-wise. I might be one of the oldest in the industry doing it but I’m probably getting more pleasure out of it than perhaps some of the youngsters!”

Name your favourite course – and why?

“One of the regions that we’ve never really featured is South Tyrol. I was so taken by the information they had put into the course that I was buzzing when I completed it. I said “we’ve got to put South Tyrol into our programmes!” Within the next few weeks, you might start seeing the South Tyrol information coming through, and that’s off the back of the OTT course.

“One of the destinations featured quite strongly was a city called Bolzano, I'm probably going to go there myself in September. The video clips were really clever. There was a lot of little snippets that you could put into a sales conversation, like the access from Verona, getting there on a train in an hour and a half was really good and the fact that you could hire bikes and you have a South Tyrol travel card. That really was quite inspirational for me!”

Being an Italy specialist, I'm biased, but other ones I have enjoyed have included the Copenhagen Academy - I could send my customers there!”

What’s your top tip to those on the journey to becoming a Guru?

“Pick an area, for example, North America, Far East, and then focus on those courses, rather than trying to take everything randomly. Focus on really what you think you need for your business. If you’re a small agency, perhaps three or four people, ask other team members “where are we short on knowledge?” Then pick up that knowledge and become a Guru yourself!”

What’s been your favourite travel adventure?

“When Italy had just opened up again in July 2020, I did a trip from Venice to Viareggio, going from the Adriatic to the Mediterranean. I did it in three nights, four days.

“I jumped on a train, I went and discovered Venice for the day. Jumped on the train, got off at Bologna for lunch, jumped back on the train and had a night out in Florence. I went to Pisa and Viareggio. I was quite nervous at first about Covid and should I really be there, but was pleasantly surprised by how well the Italians were dealing with it.”

“I stood in St Mark's Square with about 20 people. Venice was like a ghost town but it was the best time ever to see Venice. I stood on the Rialto bridge by myself with nobody else on the bridge. When I got into Florence, the cathedral, there was nobody there. It was a real eye opener, how quiet Italy had become, but to me, it was great adventure.”