Sustainable aviation – in it for the long haul 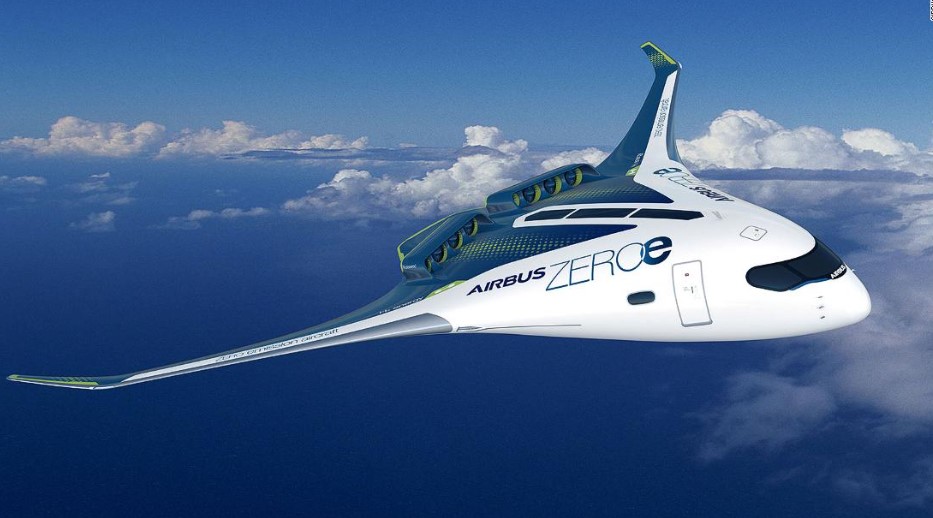 Creating sustainable change within the aerospace and aviation industries could be a slow evolution, according to independent analyst Peter Morris.

While the Covid-19 pandemic had resulted in the most difficult conditions for airlines in the history of flight, measures to reduce emissions to net zero could prove to be an even bigger challenge.

Peter explained how both aerospace and aviation were likely to adapt at OTT’s Aviation Lunch with developments for both industries going hand in hand: “Aviation only exists because of travel and tourism - people want to go places. The issue goes systemically right the way through the marketplace. They're all in the same boat together to some extent.”

He added that while the industry could be limited by caps on tourism in cities such as Venice and island destinations, ultimately, the world would see 4-5% tourism growth, creating challenges of its own.

“The 4% or so figure of fossil fuel consumption for aviation is not nothing and it is increasing,” said Peter, “Nonetheless, it does have peculiarities from the point of view of that, at present, there is no easy alternative.”

Aviation faces the unique challenge, not only of maintaining speed but of creating the thrust to get an aircraft airborne. Sustainable aviation fuel (SAF) could offer one solution but with few refineries able to manufacture it, both price and availability would limit uptake. “There are some short term gains that might be made by sustainable aviation fuel,” he said, “But while it remains somewhere around two to three times the price of conventional fuel, and considering fuel is around half the cost of a long haul flight, when you double that, you've got a big, chunky number. Suddenly people don't want to travel because of the kind of deterrent effect that occurs.”

He predicted the switch to SAF would be a gradual transition which would require intervention by governments to become a reality. “It’s impressive that an alternative to a fossil based fuel has been created but you can't expect miracles. It's not going to suddenly be cheaper. Price is going to be a big factor because on the one hand, you've got fuel that is more or less identical to the other fuel, but it won't cost twice as much. Inevitably, those prices will come down.”

He said some sustainability critics would also be keeping an eye on fuel production as some countries choose to produce crops as feedstock for SAF production in preference to agricultural uses. “If everybody started producing palm oil, rather than other staple crops, somebody would lose out along the way. It will be for governments to make those kinds of decisions because the farmers will say, ‘I grow this because I get more money from it.’ Somebody has to adjudicate about what the prices and taxes will be.”

Why batteries aren’t the answer

Peter explained that both the laws of physics and flux density of kerosene were reasons why aviation couldn’t simply move over to electric power: “Kerosene packs a punch per unit of size and weight, and batteries can't get anywhere near that. When you're trying to get a vehicle off the ground, you need a huge kind of thrust to get it in the air and then maintain it. The thrust to get up in the air and to land are two things that take a huge kind of surge of power and kerosene is particularly good at turning it on and turning up the accelerator.”

While some battery-powered air taxis seating up to six people are already in the testing stages, having large numbers of smaller air vehicles would also pose challenges. “You factor that number by lots of people caught up in the same space and now you’ve got air traffic control being tested.”

Hydrogen – fuel of the future?

One of the longer term solutions which is being widely studied is hydrogen propulsion. This is being used by airframers such as Airbus which is working on three hydrogen-powered concept aircraft [pictured].

“Hydrogen has huge advantages as its emissions are basically water, which is not a problem compared with the carbon dioxide, carbon monoxide, nitrous oxides and all the rest of the nasties that fossil fuels generate. So many are thinking that hydrogen is the fuel of the future, but one way or another, it completely changes elements of the design of aircraft.”

Peter added that unlike SAF or substituting an engine in an existing commercial aircraft, the adoption of hydrogen propulsion would take commercial aviation back to the drawing board. As well as years of work by highly skilled engineers, hydrogen aircraft would also have to go through the testing and certification process “for a technology that doesn’t even exist yet.”

He said you would have to go back to the emergence of the jet age to find a comparable leap in technology and the scale of the investment required to develop the technology through to certification could also prove a barrier.

Airlines are part of the “sustainability story”

While there are big changes ahead for manufacturers, airlines will also be part of the “sustainability story.” Peter said the issue would travel right down the supply chain with younger generations tending to have the strongest views on reaching net zero emissions.

Sustainability was likely to be coming up on the radar, particularly among Northern European and American travellers. “Whether it’s driven politically or economically, I think you’ll see a trend towards more regional travel, which is something that people could justify on sustainability grounds. So, perhaps, instead of going to Indonesia you might go to France on the train instead. I think there will be locations will be regarded as more favourable from a sustainability point of view, particularly if those locations have gone out of their way to present a sustainability package.”

But Peter added the demand for travel was still there and was something that people wanted to get back to – as demonstrated by the recent queues at airports. When it came to reducing aviation emissions, he said it would be years before viable net zero solutions emerge. “It's not as if the aviation industry is just refusing to do something about it,” he explained. “The science just isn't there, the technology isn't there and the cost isn't there. So you have to develop a product using science and technology. And that costs.”