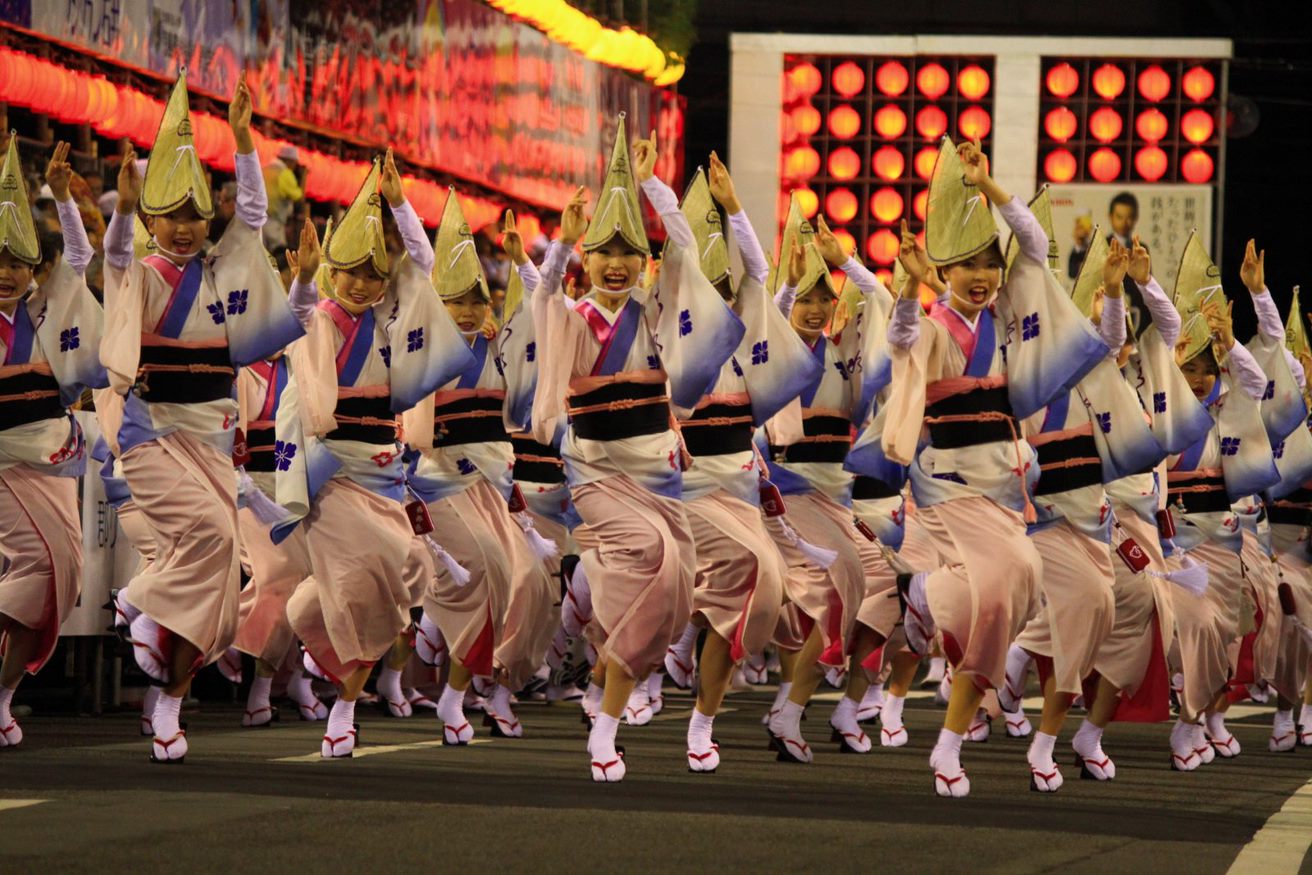 As regular readers of this monthly newsletter will already be well aware, the touristically diverse region of Setouchi in western Japan comprises seven prefectures embracing the calm waters of the Seto Inland Sea, (Hyogo, Okayama, Hiroshima, Yamaguchi, Kagawa, Tokushima and Ehime). Last month we highlighted Setouchi’s most westerly prefecture, Yamaguchi. In this issue it is the turn of fascinating TOKUSHIMA PREFECTURE.

Firstly, exactly where is Tokushima located within this vast area embracing the Seto Inland Sea? The prefecture is situated on the eastern side of the island of Shikoku and is connected to Japan’s mainland by the Akashi-Kaikyo and Naruto Bridges. It is easily accessible via regular highway bus services from Kobe and Osaka, the latter being only a comfortable 2½ hours’ scenic ride away.

For visitors, regardless of their tastes and preferences, there is much to see and do to occupy their time. But high on every “must do list” is to enjoy the awesome spectacle of the enormous whirlpools of the Naruto Straits. These dynamic swirling giant whirlpools generated by the collision of violent tidal currents – and known as “Naruto-no-Uzoshio” (the Whirlpools of Naruto) - are reputed to be the largest in the world and can measure up to 20 metres in diameter.

Spectacular views of the phenomenon can be enjoyed from a variety of vantage points, such as the Uzo-no-Michi Walkway where the more cautious can study the churling waters 45 metres beneath them from an observatory suspended from the Naruto Bridge. However, for a more “close-up and personal” view there is, perhaps, no better choice than from the deck of one of the regular sightseeing boats.

Also not to be missed is the centuries-old Vine Bridge in the Iya Valley. Suspended between the banks of a valley amid dense forestation the ancient bridge is in total harmony with nature throughout all four seasons – a truly memorable sight.

Lovers of dance and pageantry should make a point of enjoying the spectacle of the world famous Awa Dance (Awa Odori). Although this traditional dance is performed throughout Japan, Tokushima City’s version can boast to be the largest and most spectacular in the land, attracting hordes of visitors annually each August for its 4-days of festival.

Among numerous other tourist experiences, attractions and delights is a wide range of open-air activities taking full advantage of the prefecture’s bountiful natural resources including - but not limited to - rafting, surfing, hiking, sailing, cycling, relaxing onsen (hot water springs) and a treasure box of delicious local cuisine featuring the freshest local produce.

The Setouchi region is marketed internationally by Setouchi Destination Marketing Organisation and represented in United Kingdom by Supereps International.