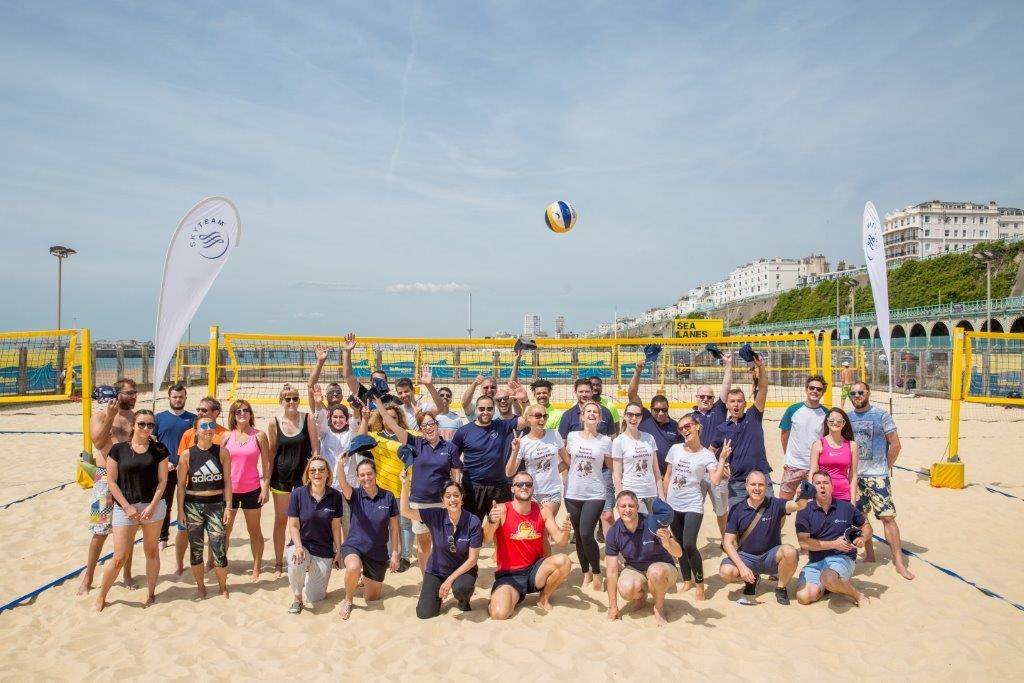 SkyTeam wanted their 2018 beach volleyball event to be bigger and better than the previous year - with more agents and more fun.

SkyTeam Airline Alliance has 20 member airlines and gives leisure and business travellers access to 1,074 destinations across the globe. The alliance held the first edition of its UK Beach Volleyball Tournament in 2017. A spin off from long-running competitions in Italy and other European countries, the UK heat of the tournament attracted four teams.

Beach Volleyball couldn’t be considered a popular sport in the UK, but with a friendly spirit of competition on sand courts set against the backdrop of Brighton seafront, Paulo Thiele, Superintendent Sales for Middle East Airlines in the UK, knew the event had potential to attract more travel professionals.

Middle East Airlines is a member of the SkyTeam alliance and Paulo works as part of the volleyball event project team. He said: “Last year was the first time we had held a heat of this event in the UK. We had less time to plan and find teams of agents who wanted to compete.”

“This year, we had a five month lead in time for this event. It made a big difference. We ended up with 17 teams, from an original 18 and 100 people competing at our event in Brighton.”

Read on to find out how SkyTeam:

- used OTT as an extension of their project team

The aim of the SkyTeam Beach Volleyball Tournament was to promote the brand and alliance globally.  Sending out communications via the OTT platform meant all promotions were carefully targeted to reach the right audience of travel management companies and leisure travel agency personnel. Teams taking up the challenge included included AMEX, Dial A Flight, Travel Nation and Worldstriders.

“The tournament started in Italy and has been running successfully for a number of years,” explains Paulo. “The UK heat was actually a bit of a risk, as it’s not such a popular sport.”

“We had four teams last year – which was brilliant – but we felt we could do better if we had more time to promote the event and invite more agents along. The event was working for other countries and we wanted to do the same in the UK. “

OTT becomes an extension of the project staff team

To promote the event, a Top Nav page - accessed via a tab at the top of the page - was created to sit above the OTT Skyteam course. These provided quick access to important information about the SkyTeam alliance, including tournament and contact details, FAQs and brochure pages.

Two eshots were sent to travel professionals with details of the event, encouraging them to join the fun. The eshot re-directed them to the SkyTeam Course where they could complete and submit an application form.

“We used two eshots and the response was excellent,” said Paulo. “We had 17 teams in total and 12 of those teams came from the eshot. It was very successful - we are extremely satisfied with the response.”

Paulo explains: “The best thing about using OTT is how it became a tool to extend the capabilities of our team. We had three people leading this project and they were going out and inviting agents directly but we were also able to say to people ‘go on OTT’ and submit a form to register for the event.”

“We were all out all visiting travel agents, but all the details of the event can be put on OTT -  there’s more traffic there and we can get people to sign up directly. It’s definitely made our lives easier!” he adds. 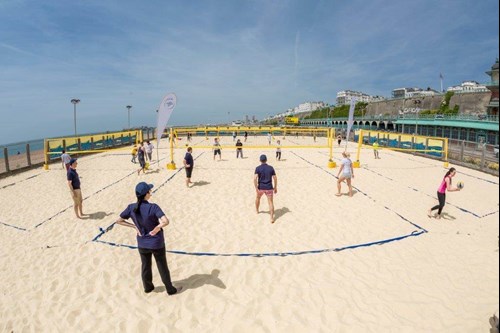 The atmosphere in Brighton was one of friendly competition.  The tournament saw travel professionals compete against each other in the three aside matches, with a maximum of five players per team. SkyTeam also created a relaxed off-court atmosphere with drinks and a barbecue.

Although the event was held on the same day as the England versus Panama World Cup group stage match, this didn’t detract from the action taking place on the volleyball court.

“We did worry about the impact of the England game on the event, especially as there were no screens at the venue,” said Paulo. “But everyone turned up and everyone wanted to compete!”

Following the group stages, quarter finals, semi finals and final, the UK heat was won by Consolidated Travel (CCC). The team will travel to Rimini, Italy in September to play in the European Champions Tournament against eight other teams from European countries including Germany, Netherlands and Switzerland. Flights accommodation, transfers and food will be all provided by SkyTeam.

Even those who didn’t win left the venue with smiles on their faces. Comments included: “Thank you for such an amazing event!” “We didn't win, but we had a really great time!” and even “Next year our team will be the best :).”

Paulo wants the 2019 event will be even bigger and will again be using OTT to make his goal a reality: “I am hoping that next year we will have 20 teams competing – we’ll be using OTT again to promote it.”