Oman Air recognised as one of cleanest, greenest air services to London 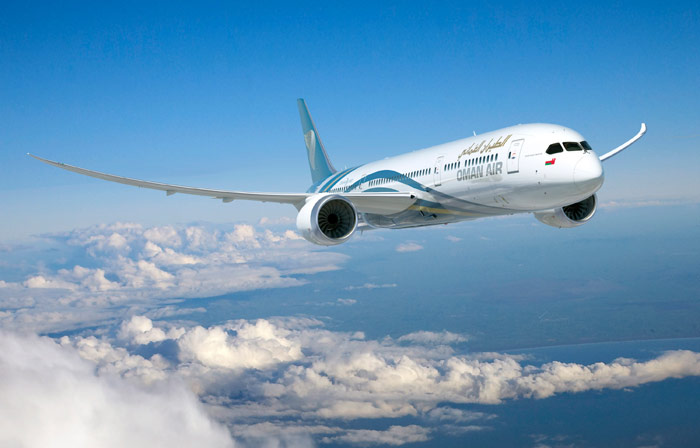 Oman Air, the national airline of the Sultanate of Oman, has been recognised as the one of the cleanest and quietest airlines serving London’s Heathrow Airport.

Heathrow Airport has some of the world’s toughest rules and regulations related to noise, which promote the use of best-in-class aircraft and flying them in the quietest way possible. As part of Oman Air’s growth programme, the airline flies the B787 Dreamliner, one of the world’s quietest, most-efficient commercial aircraft, on its Muscat to London route.

Officials from Heathrow Airport created the Fly Quiet and Green programme, which encourages airlines to conduct approaches and departures with minimal disruption for people who live and work near the airport. The programme, rates airlines in seven areas related to noise and emissions and includes a league table that ranks their performance.

In the latest quarterly update, which ranks flight operations by the top 50 airlines serving Heathrow, Oman Air earned a close second, with ‘Excellent’ ratings in each of the seven areas. The airline was rated just behind Scandinavian Airlines and has been consistently at or near the top of Heathrow’s rankings. It is also the highest-ranked Middle East carrier.

Oman Air CEO Abdulaziz AlRaisi said: “This latest recognition, which follows several high-level awards for excellence in our operations, reflects that Oman Air is a world-class airline from our service to our guests and the Sultanate to our regard for the environment. Our pilots and Flight Operations department work hard to ensure that all our flights are safe, efficient and conducted with care for the environment.”

Oman Air flies the B787 Dreamliner to English airports three times a day, with two flights to London Heathrow and one flight to Manchester.