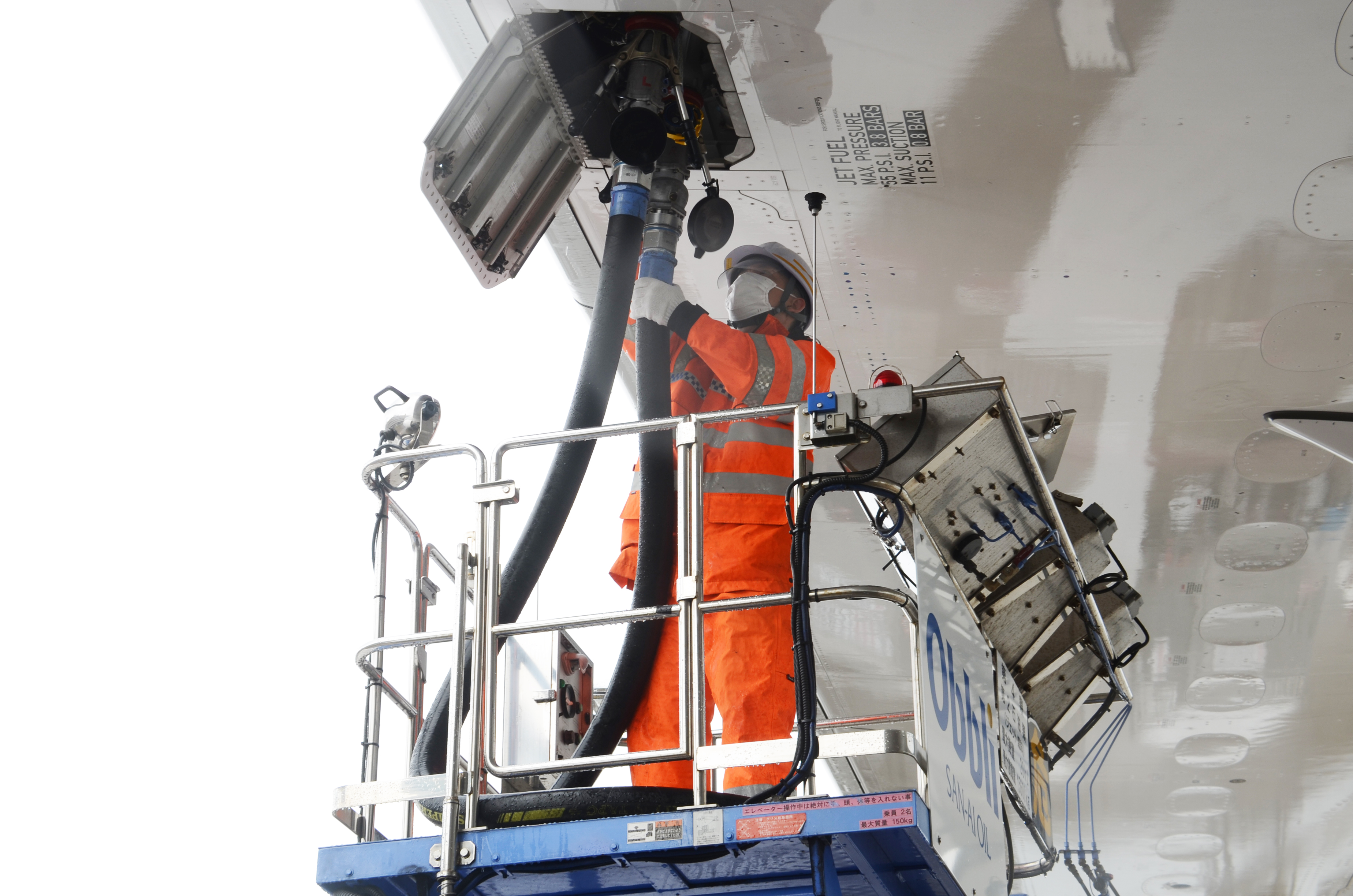 To achieve net zero CO2 emissions by 2050,
JAL will continue to contribute to the spread of domestically produced SAF-

》On June 17th, JAL conducted the very first flight with 2 different types of SAF (Sustainable Aviation Fuel)
produced domestically in Japan loaded at the same time.
》With the goal of achieving net zero CO2 emissions by 2050, we will continue to contribute to the realization
of a sustainable society.

Based on the roadmap for achieving net zero CO2 emissions in FY2050 set out in the JAL Group`s Medium-Term Management Plan for fiscal years 2021-2025 (*1),JAL will continue to develop and utilize SAF in collaboration with stakeholders aiming for a decarbonized society.

As a first step forward the commercialization of domestically produced SAF around 2030, the domestically -produced SAF produced at the demonstration plants has now passed the quality inspection and became available for use in actual flights.

On JL515 (From Tokyo (Haneda) to Sapporo (Shin-Chitose)) of June 17th, we conducted a flight loading 2 different types of SAF produced domestically in Japan. This flight marks the success of the project of SAF produced domestically in Japan which public organizations, SAF manufacturers, supply chain enterprises and airlines have all been working on, and this was the beginning of the commercialization of the technology around the year 2030.

[Project outline of SAF produced domestically in Japan]
As part of the “Development of Production Technologies for Biojet Fuels” of New Energy and Industrial Technology Development Organization, a Japanese national research and development agency, JAL has conducted a flight with 3,132 liters (9.1% mixing ratio) of SAF produced domestically in Japan added in existing jet fuel, manufactured by Mitsubishi Power, Ltd./Toyo Engineering Corporation/JERA Co., Inc., and by IHI Corporation. The former is created from wood chips and the latter from algae. It was the very first attempt to load 2 different types of SAF on the same flight.

[Past flights with SAF loaded (partial)]
*In the Standard Specification for Aviation Turbine Fuel (ASTM D7566), 7 types of standards corresponding to purification method of each synthetic fuel is established as Annex, and we have loaded 5 types of SAF among
the 7. Numbers in brackets show the number of the Annex.

- January 2009: Succeeded in Asia’s first test flight using SAF made from camelina, a type of non-edible raw material (A2)

- June 2019 onwards: Upon receipt of Airbus A350 aircrafts, SAF was powered in all 5 delivery flights from Airbus’ plant in Toulouse, France to Haneda Airport (A3)

- March 2020: Succeeded in manufacturing of SAF using cotton from clothing for the first time in Japan (A5)

- June 2021: Loaded 2 different types of SAF produced domestically in Japan at the same time (A1, A7)

[Towards implementation of SAF]
To achieve net zero CO2 emissions by 2050, the JAL Group is aiming to switch to SAF 10% of the whole fuel amount, in order to keep the amount of the total emission below 90% level of actual amount of fiscal year 2019
n 2030.Specifically, we are planning to install SAF on flights departing from North America in cooperation with Fulcrum BioEnergy, Inc., an American company in which we invest. In addition, since most of the fuel used by the JAL Group is refueled in Japan, the establishment of a domestic production system is also an important issue, and we are conducting a feasibility study with domestic companies on manufacturing and selling SAF in
Japan from waste plastic.

Japan Airlines will continue to work on everything possible to preserve the environment in various occasions,
to pass on the precious Earth to the next generation.