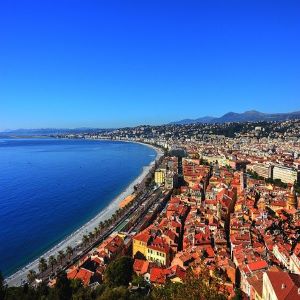 End of Quarantine rule for French travellers coming to the UK and Brits coming back from France:  At last, some good news!

From Sunday 8 August, French travellers wanting to visit the UK or British travellers coming back from France will no longer have to self-isolate for 10 days on arrival, as long as they are fully vaccinated. A full vaccination means 2 doses, with the last dose administered at least 2 weeks prior to the start of the journey.

Mainland France and (most) of its overseas territories are back on the Amber list, after being placed on an Amber+ list for the past 3 weeks, due to the prevalence of the Beta Variant. The French government, airlines and tour operators said it was a mistake as the variant is mainly found on the French Island of Reunion in the Indian Ocean.

France and the EU recognise the NHS vaccination passport (NHS app or printed forml) and the UK also accepts the EU Covid Certificate. PCR tests are recommended before departure and travellers should check the latest information relating to France on the UK government website

Although the new rules only apply to England at the moment, Scotland. Wales and Northern Ireland are expected to drop the Amber+ status for France in the coming days.

Better late than ever! The decision to upgrade France to the Amber List has been broadly welcomed by the French government and the travel industry on both sides of the Channel. On Thursday, The French Junior Tourism Minister Jean-Baptiste Lemoyne spoke of the British love for the Lot and Dordogne area during an interview on France Inter Radio.

Tour operators and airlines have already seen a huge increase in booking requests since the announcement was made, although British travellers may find high prices and less availability than usual, as they will be competing with the French, Europeans and Americans already holidaying in France.

French Overseas Territories: Reunion Island and Mayotte on the Red List, a deteriorating situation in the West Indies

The Indian Ocean islands of Reunion and Mayotte, both parts of France, are joining the UK Red List this Sunday, due to the prevalence and persistence of the Beta variant, first identified in nearby South Africa.

The situation in the French West Indies or “Antilles Francaises”, especially in popular destinations such as Martinique and Guadeloupe, has substantially deteriorated over the past weeks. This is partly due to the low percentage of vaccinated people compared with mainland France. The Guadeloupe authorities have re-imposed a 3-week partial week lockdown. Shops and restaurants are open albeit for a limited number of hours. Bars and gyms are closed. There is a curfew between 20.00 and 5.00. Both islands are still on the Amber List but the situation will need to improve quickly to avoid being downgrading and added to the  Red List.

Could Tahiti and French Polynesia soon be upgraded to Green?

The UK government has added several European countries to the Green List, including Austria, Germany, Latvia, Norway, Romania, Slovenia and Slovakia who will join other Green destinations on Sunday 08 August.  Some travel experts are already recommending the addition to that list of French Polynesia, including Tahiti, who are currently on the Amber list like the rest of Metropolitan France. Major cruise operators such as Windstar and Oceania Cruises are already making a big return to the region, with new and exotic itineraries.