Bamboo Airways appoints APG as its GSA in the 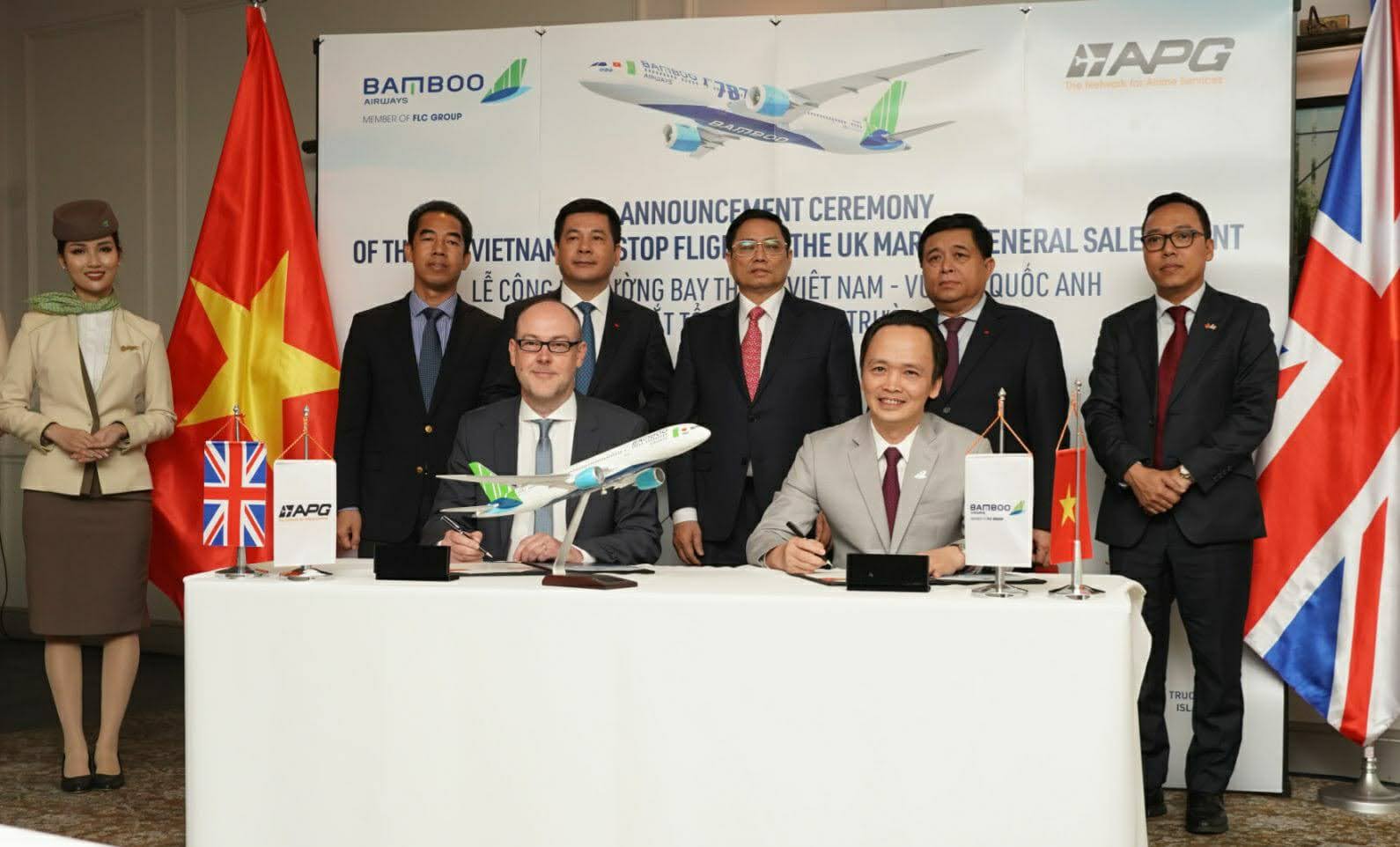 Bamboo Airways, based in Hanoi, has appointed APG as its GSA in the UK in advance of starting non-stop flights from Vietnam to London Heathrow early next year.

Under the agreement APG will be providing comprehensive sales and marketing services as well as customer care call centre services in the UK.

The agreement was announced at an official signing ceremony in Edinburgh on Sunday, attended by Vietnam’s Prime Minister Pham Minh Chinh, who was in Scotland for COP26. The ceremony included Mr Trinh Van Quyet, Chairman of Bamboo Airways and the FLC Group, and Richard Burgess, President of the APG Network.
Richard Burgess, President of the APG Network, commented “We are delighted to be representing Bamboo Airways in the UK and are looking forward to welcoming their first scheduled flight to London Heathrow. With the new Free Trade Agreement between the UK and Vietnam, the gradual opening up of international travel and the wealth of tourism opportunities that Vietnam has to offer, we believe this is an excellent opportunity to launch the new services”.

Founded in 2017, Bamboo Airways is a Vietnamese airline, owned by the FLC Group, operating a modern fleet of 29 aircraft including a fleet of Boeing 787 Dreamliners which it will use on the London route.

APG UK is part of the APG Network spanning 170 countries and is a leading GSA in the UK. APG UK was established 21 years ago and today represents over 20 different airlines.