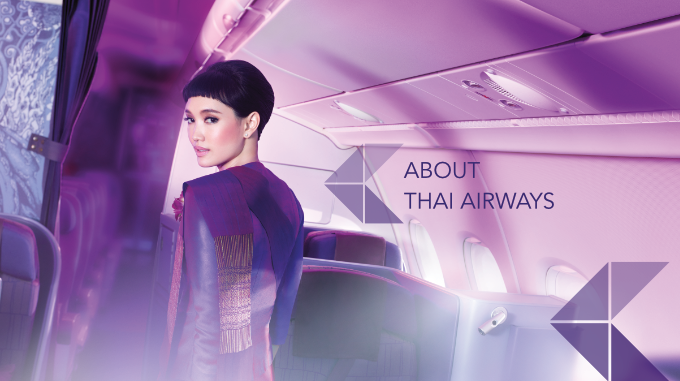 The Art of Journey

The national carrier of the Kingdom of Thailand, THAI flies daily from London Heathrow Terminal 2 direct to Bangkok Suvarnabhumi Airport to over 70 destinations worldwide and is a founding member of the Star Alliance network.

Over 2 years ago, THAI introduced its flagship Airbus A380-800 on the London-Bangkok route providing passengers the best possible flying experience with "Touches of THAI".

In addition to the Airbus A380-800 daily operations THAI now operates the evening service on the London-Bangkok v.v route with its latest Airbus A350-900.

The Art of Service

Symbolised by our icon of the Thai orchid, the service on THAI is known the world over for its attention to detail, delicate aesthetics, and the "wai" gesture of welcome that greets every passenger.

The art of journey begins with our legendary Royal Orchid Service, which has been awarded multiple international accolades over the years, including Skytrax Awards for "World'sBest Economy Class". The legendary service on THAI comes from the heart of our Thai culture, which famously welcomes millions of visitors to the Kingdom of Smiles every year. The hospitality and sincere welcome of our service staff is rooted in a lifetime of gentleness and service-mindedness that simply can't be taught from a manual. This is the inimitable heart of THAI, and our source of both pride and success.