Qatar Airways, the national carrier of the State of Qatar, is celebrating more than 20 years of Going Places Together, taking travellers to more than 160 destinations worldwide on board a modern fleet of more than 250 aircraft. An award-winning airline, Qatar Airways is proud to be named the ‘World’s Best Airline’ for the fifth time - an industry first for any airline by the Skytrax Airline Awards. 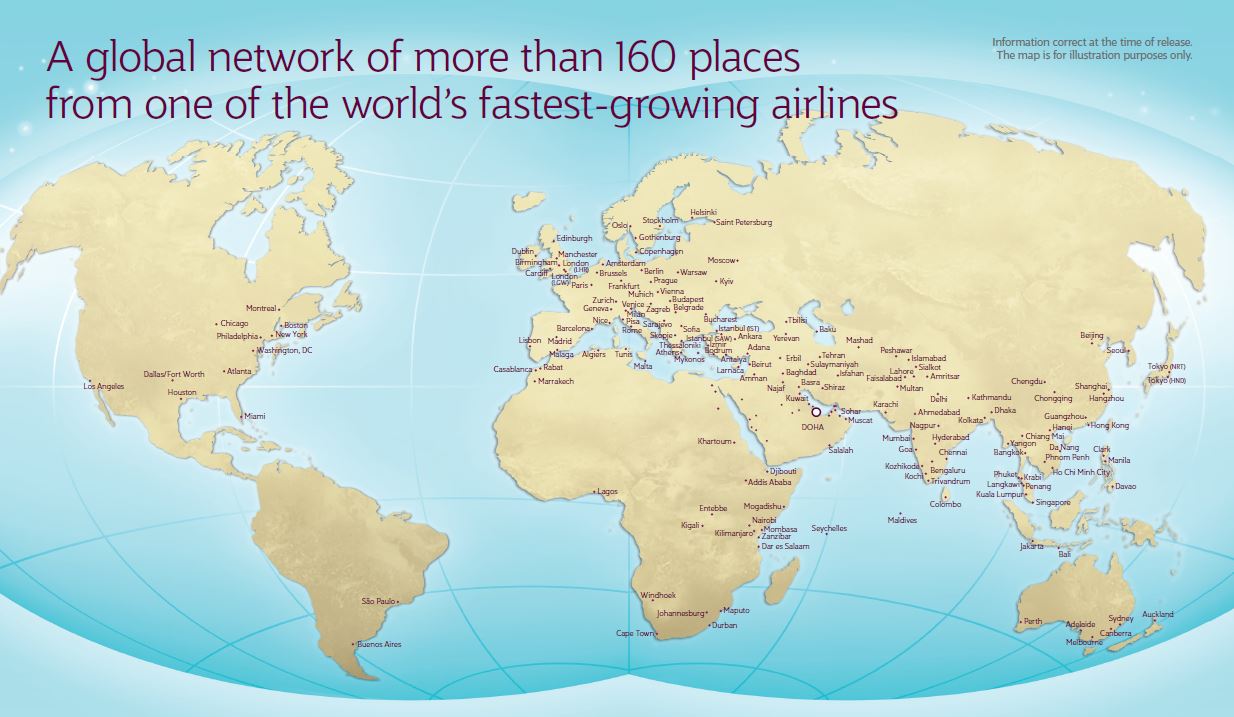 Qatar Airways is a multiple award-winning airline and was named ‘World’s Best Airline’ by the 2019 World Airline Awards, managed by international air transport rating organisation Skytrax. It was also named ‘Best Airline in the Middle East’, ‘World’s Best Business Class’ and ‘Best Business Class Seat’, in recognition of its ground-breaking Business Class experience, Qsuite. Qatar Airways is the only airline to have been awarded the coveted “Skytrax Airline of the Year” title, which is recognised as the pinnacle of excellence in the airline industry, five times.