The Prague Pride festival takes place every year in August, all the way since 2011. It was the initial reason for the creation of the Prague Pride association by Czech LGBT activists and long-term expats in Prague. Nowadays it is one of the biggest cultural events in the Czech Republic. The festival lasts a week and regularly presents over 100 cultural and social activities, public discussions and debates, sports events and spiritual encounters. It has brought to Prague significant foreign guests, such as LGBT activist Omar Sharif Jr., the singer Conchita Wurst, the former Icelandic PM Jóhanna Sigurðardóttir or the chairperson of the Dutch police group “Pink in Blue”, Ellie Lust.

The culminating point of the Prague Pride week is the Saturday parade through Prague, which attracts tens of thousands. Since 2015 the parade had been led by the Mayor of Prague. In 2018, the Dutch European Parliament MP Sophie isn't Veld attended the Parade. The event has been graced by the participation of other politicians, members of political parties, company employees, relatives and friends of LGBT people, who have in this way expressed their support for equal rights irrespective of sexual orientation or gender identity.

The festival is prepared by a team of volunteers, who sacrifice their weekends and evenings to that goal without pay throughout the year. In the week when it actually takes place, the team is enhanced by more dozens and hundreds of volunteers. The festival team is lead since 2018 by Hana Kulhánková. 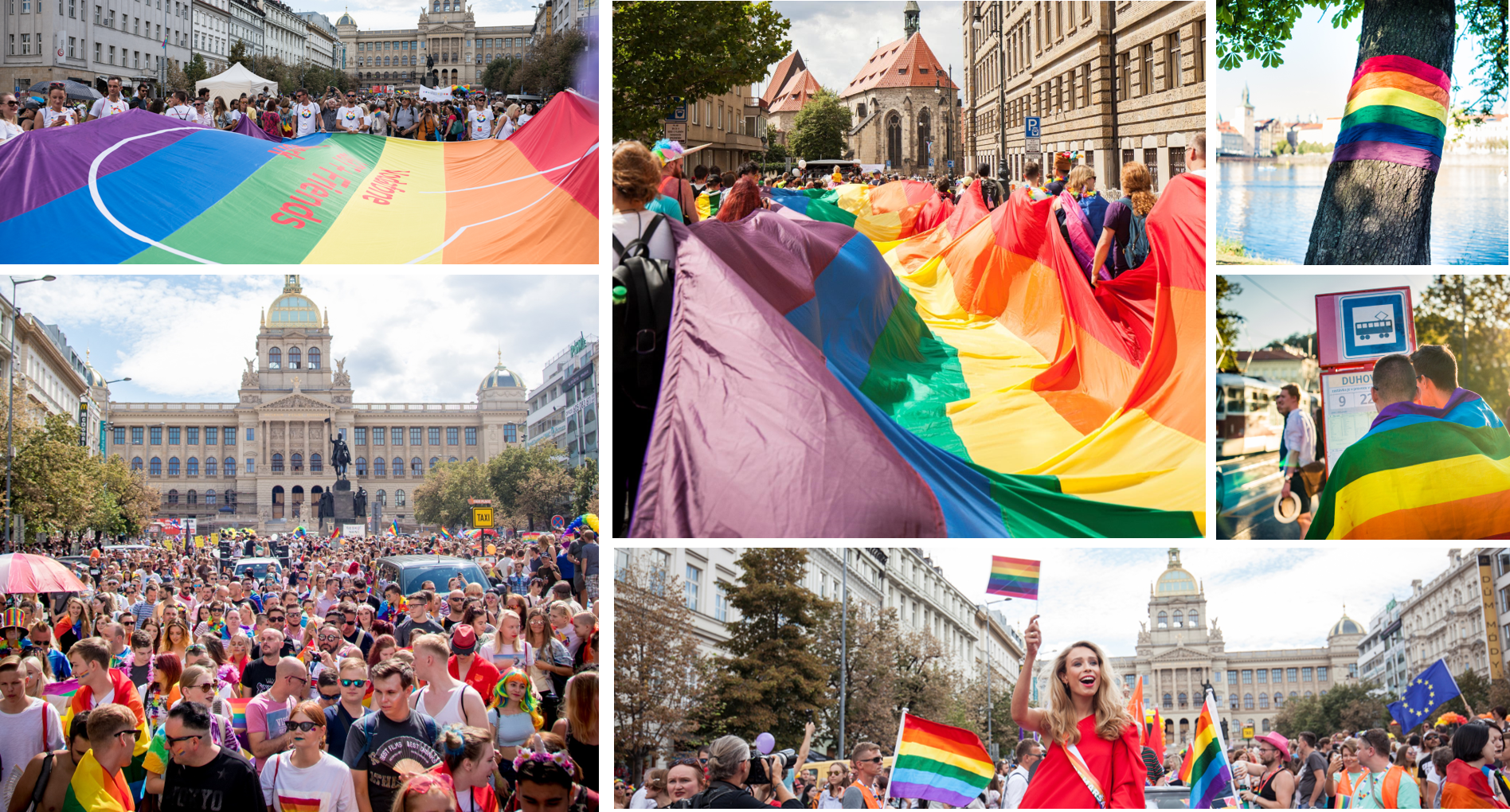